Triton Bay is the name given to a large bay and surrounding islands located in the Kaimana Regency of West Papua. It is the next frontier in Indonesian diving and rivals that of Raja Ampat, Wakatobi and the Komodo Islands. 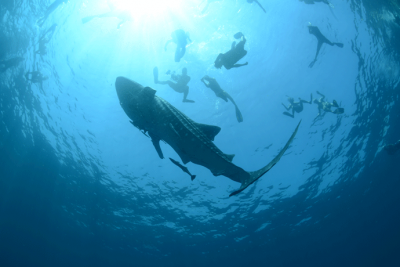 In the northernmost part of the bay the coast is flat and marshy and there are many rivers flowing into the sea. Further to the S coastlines are high and rocky with considerable depths offshore. Tidal flushes bring clean and clear water to the area twice a day.

The NW Monsoon generally begins around the end of November and winds are light and from the WNW. Land and sea breezes succeed each other regularly throughout this time period and are considerably influenced by the contour of the land. Calms are also frequent in between passing short duration rain squalls. Around the beginning of April winds slowly begin to swing S and by May light ESE and S trade winds have developed.

In the height of the SE Monsoon season S winds can reach considerable strengths. Trade winds are particularly well developed in Eastern Indonesia and speeds of 25 knots are not uncommon. During September the SE Monsoon weakens and intermittent squalls and calm are likely.

The flood current sets N through the islands while the ebb current sets south. These currents, meeting in Selat Adi set up a strong and confused sea and make the greater part of the strait appear to be filled with breakers. Selat Adi should only be traversed in daylight.