Bali is mountainous along its N coast and is a continuation of the volcanic ridge running W to E Nusa Tenggara, Bali, and Java. Southward of the ridge the land is low and only slightly hilly. Coasts rise steeply from the sea with great depths close to. 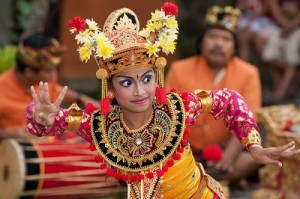 Bali is the smallest province of Indonesia and includes the neighboring islands of Nusa Penida, Ceningan, and Lembongan. With a population of 4 million the island is home to most of Indonesia’s Hindu minority.

The island is the largest tourist destination in Indonesia and is renowned for its highly developed arts, including traditional and modern dance, sculpture, painting, and gamelan music, as well as its beautiful seascapes and rice-terraced hillsides.

Both Benoa and Serangan are safe havens and many cruisers opt to leave their yachts here and explore the countryside. Short and long term visa’s can be arranged and boat boys hired to secure your yacht should you want to venture home for a time.

The Lombok strait is the main artery for the Indonesian Through Flow (ITF). Currents are fierce and S setting at almost all times of the year. N setting counter-currents are frequently found close in off either coastline and in the vicinity of Lembongan in the Badung strait.

Rates vary depending on the strength of the monsoon and the phase of the moon but speeds of 3-5 knots are not uncommon. The strongest rate with a maximum of 8 knots occurs one week after full and new moons during the SE monsoon season.

N setting currents are most likely to be found 2-3 hours before and 2-3 hours after the moon’s UT and LT all though not always. When heading N stay as close to the coastline as you are comfortable. Often a current line is visible between calmer water heading N close to shore and nervous choppy water outside heading S. 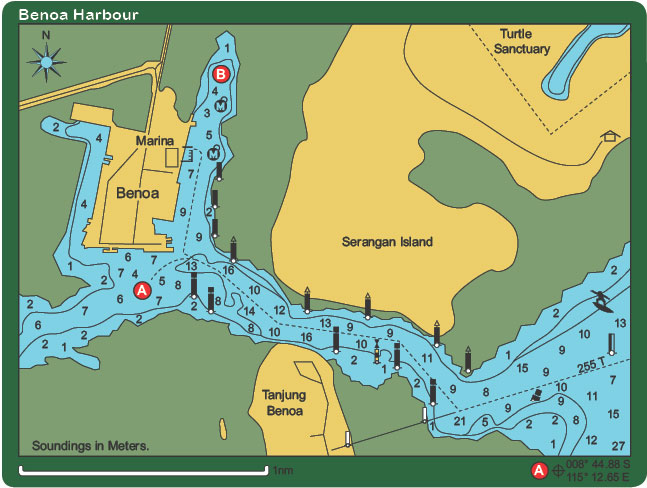 Caution: During S winds and wind against tide conditions, the area S of the Nusa Penida lighthouse is extremely rough. Large overfalls, whirlpools and standing waves can attain heights dangerous to small craft. In these conditions pass Nusa Penida on by a considerable margin.

The Bali strait located on the W side of Bali separates Bali from Java. The strait is deep and clear of dangers and is 1 mile wide at its narrowest. Currents set S and can attain a rate of 6 knots during springs making navigation somewhat difficult. N setting currents are most likely to occur just before the moons UT and LT – Cruising Guide Indonesia.