Telo Islands, also known as the Batu Islands are situated almost directly atop the equator and are often calm and pleasant throughout the year. There are many white sand beaches and karst cliff formations and the area is often compared to a smaller version of Thailand or Raja Ampat. 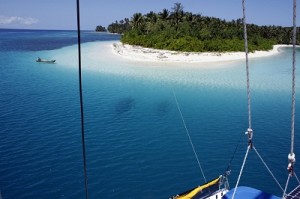 The water clarity suffers a bit and sometimes takes on a green huge while at other times it is clear for snorkeling and diving. Surfing is almost always spectacular and of a more gentle nature than the raw ocean swell found in the Mentawais. 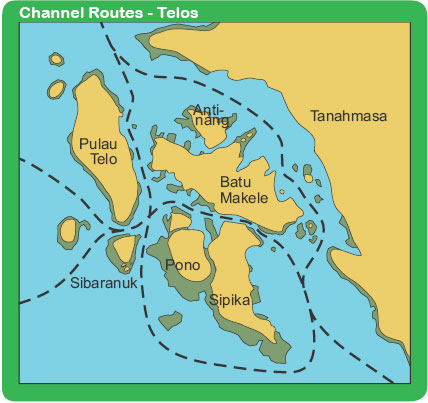 During the SE monsoon calms are frequent and accompanied by light afternoon S winds. Small swells out of the S are near constant and rain squalls out of the NW are common and of short duration.

During the NW monsoon season winds are out of the NW and sometimes N and rain squalls are more likely to occur. NW winds up to a force 5 can occasionally blow for days at this time of year but calms can also be frequent.

Currents in the open sea are monsoonal and follow the prevailing winds.