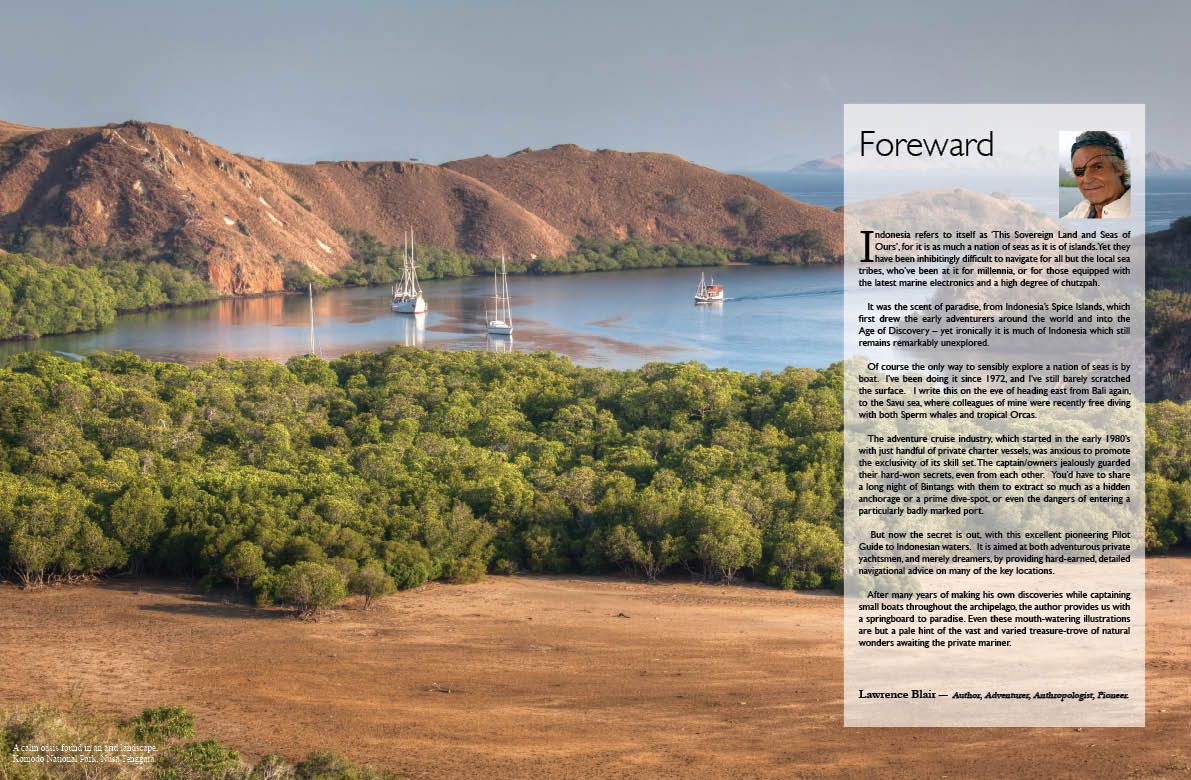 Indonesia refers to itself as ‘This Sovereign Land and Seas of Ours’, for it is as much a nation of seas as it is of islands. Yet they  have been inhibitingly difficult to navigate for all but the local sea tribes, who’ve been at it for millennia, or for those equipped with the latest marine electronics and a high degree of chutzpah.

It was the scent of paradise, from Indonesia’s Spice Islands, which first drew the early adventurers around the world and into the Age of Discovery – yet ironically it is much of Indonesia which still remains remarkably unexplored.

Of course the only way to sensibly explore a nation of seas is by boat.  I’ve been doing it since 1972, and I’ve still barely scratched the surface.   I write this on the eve of heading east from Bali again, to the Savu sea, where colleagues of mine were recently free diving with both Sperm whales and tropical Orcas.

The adventure cruise industry, which started in the early 1980’s with just handful of private charter vessels, was anxious to promote the exclusivity of its skill set. The captain/owners jealously guarded their hard-won secrets, even from each other.   You’d have to share a long night of Bintangs with them to extract so much as a hidden anchorage or a prime dive-spot, or even the dangers of entering a particularly badly marked port.

But now the secret is out, with this excellent pioneering Pilot Guide to Indonesian waters.   It is aimed at both adventurous private yachtsmen, and merely dreamers, by providing hard-earned, detailed navigational advice on many of the key locations.

After many years of making his own discoveries while captaining small boats throughout the archipelago, the author provides us with a springboard to paradise. Even these mouth-watering illustrations are but a pale hint of the vast and varied treasure-trove of natural wonders awaiting the private mariner.