Sumatra is the sixth largest Island in the world and as such will be discussed by regions in designated chapters. This chapter covers only West Sumatra, specifically the region around the city of Padang, the gateway to the outer islands. 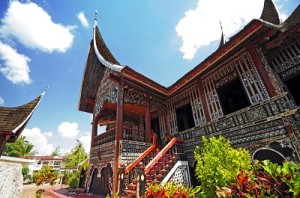 The whole south-western half of Sumatra is relatively unknown as a cruising ground and no doubt has some wonderful anchorages and should be explored. Keep in mind however, that the North-east and central-east coasts of Sumatra should not be approached. Although the situation is improving there are still isolated incidents of piracy along the Sumatran side of the Malacca strait.

Along the W coast, the influence of the monsoonal winds can be felt as far N as 2° N. Rainfall can be expected year around. 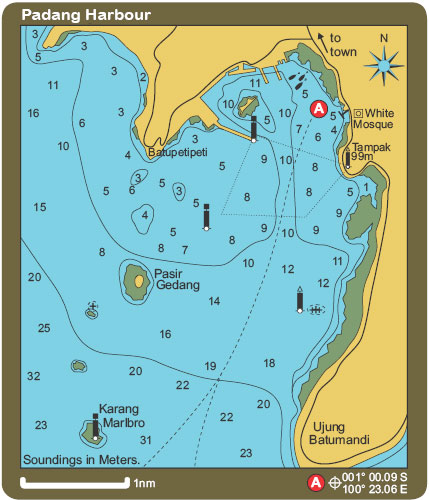 During the SE monsoon season winds are usually from the S and light and variable with occasional squalls out of the NW or W.

During the NW monsoon season, winds are from the NW and of moderate strength. During this season, heavy NW storms can be expected as well as intermittent light N winds and calms. Check the weather forecasts before heading N out from Padang as NW winds and seas this time of year can be considerable.