The Mentawai Islands are a chain of about seventy islands and islets off the western coast of Sumatra. Enganno and Mega although technically not part of the Mentawai Regency are found just to the south of the archipelago and are included in this chapter. 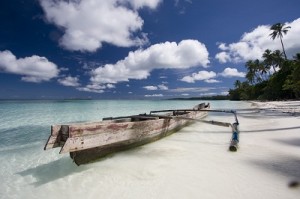 The Mentawai people live a semi-nomadic hunter gather lifestyle and can be found in near coastal and interior rainforest environments throughout the islands. The people are strikingly beautiful and heavily tattooed with body art and are peaceful and honest and somewhat shy. Villages are small and rarely exceed 100 inhabitants.

Surfing tourism has definitely put the Mentawais on the global tourism map. Surf charter boats and dozens of land based camps now operate in the Mentawais Island chain and you will likely share many of these anchorages with working charter boats.

The S and W coasts of these islands have heavy surf and relatively clear water year around. Many rivers and swamps empty their waters along the east coasts and water clarity in these areas is generally poor. Although not known for its diving there are many excellent and healthy reef ecosystems throughout the Mentawai archipelago and during small swells good diving can be found off most of the islands. Fishing and spear-fishing are often productive.

Temperature and climatic phenomena vary considerably on the E and W coasts. When the wind is blowing hard from the W or NW on the W coasts there is sometimes a fresh E wind along the E coasts.

The influence of the monsoon winds can be felt as far N as 2° N. Rainfall can be expected year around. During the SE monsoon season winds are usually from the S and light and variable with occasional squalls out of the NW or W.

During the NW monsoon season, winds in the Mentawais are from the NW and of moderate strength. Heavy NW storms can be expected as well as intermittent light N winds and calms. Check the weather forecasts before heading out from Padang. 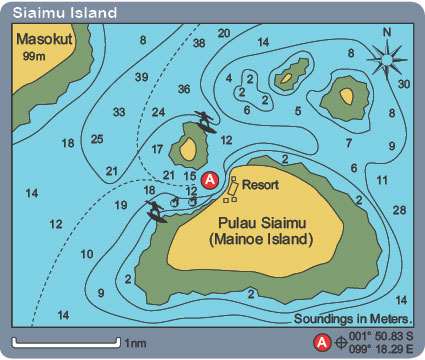 British Admiralty Pilots report the W coast of Sumatra and the offshore islands as only partially surveyed. Stay well offshore all islands until abreast of your intended anchorage before hauling in.

The island of Enganno is located much further S than the Mentawais Island chain and as such the weather more closely resembles that of Bali and Java with a pronounced wet and dry season. SE tradewinds blow from May-September and often are more SSE or S than SE. During the wet season N, NW and W winds can be expected and accompanied with showers and thunderstorms from December-February.