Timor is a large mountainous island located at the south-eastern extremity of Indonesia. For cruising sailors, Timor is likely the first port of call and an introduction to cruising in Indonesia and formalities will be discussed in detail in the Kupang section. 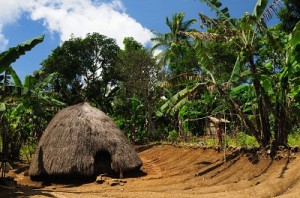 Christianity is the dominant religion through-out the island and Catholics out number Protestants by a descent margin. Islam as well as some traditional Animistic religions are also prevalent in Timor. Locals are very friendly and English and occasionally Portuguese are spoken.

Trade winds are particularly well developed in Eastern Indonesia and during the height of the SE monsoon season trade winds can reach 25-35 knots.

During the NW monsoon season winds come out of the W and typically reach speeds of 25-30 knots.

Open ocean currents are influenced by the monsoons. From April to October the current sets west and from December to March it sets east. Tidal currents close to land masses can be extreme and will be covered in their respective chapters.

Caution: Cyclone season is from December to April in the Timor Sea. Careful planning is a must if traveling near Rote during the NW monsoon.